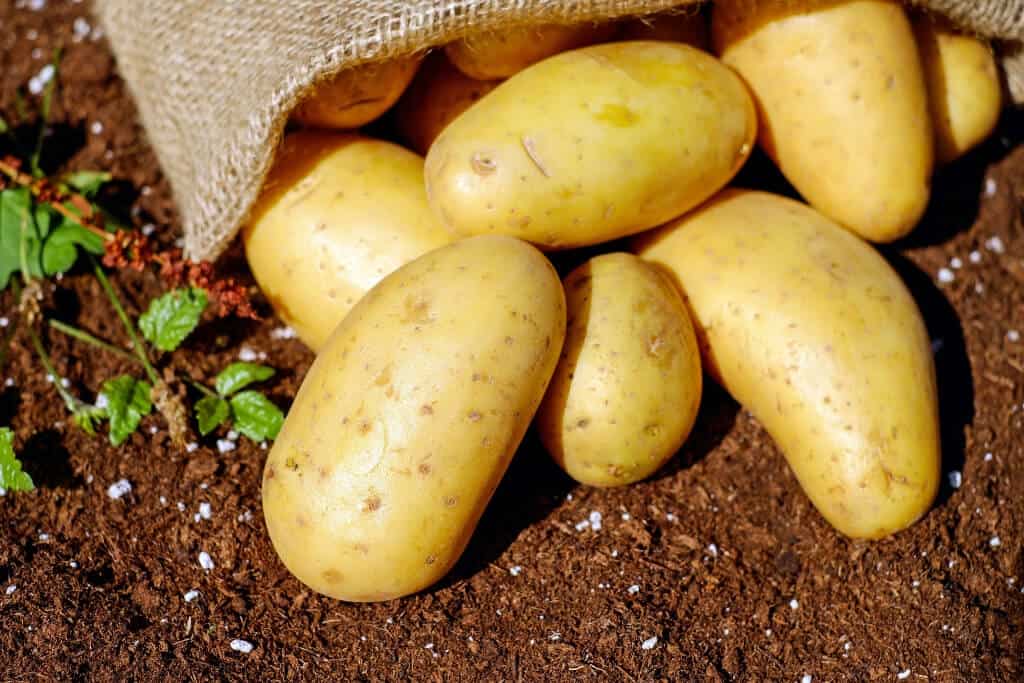 Irish potato farming in Kenya is gaining ground as demand for the potatoes grow due rapid urbanization and the good price the crop fetches. Potato farming statistics indicate that production around the globe has risen steadily over the years (267 million metric tons in 1990 to 377 million metric tons in 2016).  China is the largest producer of potatoes in the world. Only about 50% of potatoes are used fresh for cooking at home – the rest are used in processing.

The Irish potato, Solanum tuberosum, is the second most important staple crop grown in Kenya, after maize, and before rice. Irish Potatoes are extremely good for us!  Irish potato tubers contain zero fat, sodium & cholesterol and packed with protein, slow release carbohydrates and vitamins and minerals, not to mention health promoting phytonutrients.

Potato farming is quite popular. Potato is a major food crop that is grown in over 100 countries around the world. Global demand (and more so, local demand!) is rising due to rapid urbanization creating a growing middle class population and the increasing appeal of fast foods e.g. crisps (chips) and French fries.

Potato farming statistics are on the upward trend in Kenya. Irish potatoes are the second most consumed staple in Kenya. Potatoes are generally grown in the higher altitude areas, in 15 counties, on rain-fed land, where they compete favorably with maize production. 800,000 people in Kenya directly benefit from on potato farming production while potatoes provide a source of income for over 2.5 million people employed in the value chain. 90% of potatoes are grown on smallholdings on less than 0.5 acres of land. Potatoes are therefore an important food crop, for food security as well as an important cash crop that contributes to the GDP.

Potato farming statistics indicate that Kenya’s demand for Irish potatoes is increasing annually. While there is a general increase in the land area that potatoes are cultivated on, Total National Production has remained steady or declined over recent years, with much lower yields per ha being achieved now than in 2004 and 2007. Average published potato farming statistics yields are sitting at <14 MT/ha.  (FAOSTAT).  Yield expectation should be more than 20-40 MT/ha.

Thus, as a country, we could potentially more than double our yields, without increasing land area.  This would go a long way to improve GDP and Food Security, uphold Uhuru’s Four Pillars and Kenya’s 2030 vision and contribute to the Global ‘Feeding the 50 billion’.  What is causing the yield reduction trend and limiting our yields?  What can we, as farmer’s, do to turn the tables on our potato farming production?

Continuous potato farming on the same soil using the same fertilizer program and soil preparation method for generations with no consideration to the chemical balance in the soil has resulted in a large proportion of potato growing soils developing low soil pH and calcium levels, low phosphorous levels and a break down in soil structure and biodiversity in the soils.  Bad soil structure reduces root penetration and water infiltration into the soil and promotes flash flooding and soil erosion in the rains, and crop droughting in dry weather.

Effect of Soil pH on the uptake of major nutrients

Low soil pH reduces nutrient uptake efficiency. So more fertilizer needs to be added for the same result. And this perpetuates the downward spiral of low pH.  A low fertilizer efficiency can mean either the farmer uses the same amount of fertilizer but gets a lower yield, OR the farmer adds more fertilizer to maintain the same yield.  The result is the same to the farmer in terms of income reduction due to either increased input costs or reduced production.

The effect of soil pH on the uptake of major nutrients is greatly affected by soil pH as shown in this chart.  At a pH of 4.5 – the uptake of Phosphorous is reduced to less than a quarter – which means that for the same result the farmer needs to apply 4X as much.  We often pick up soil pH’s of less than 3.6!

Calcium and soil pH tend to go hand in hand with low pH indicating low calcium and often low magnesium.  Potato farming demands a relatively high magnesium and calcium supply – and these elements are removed in the tubers at harvest.  Very often they are not replenished, and levels reduce.  These cations are most important for soil pH, soil structure and microbial diversity.  Magnesium, used for photosynthesis, is a plant energy and yield driver, calcium is important for disease resistance, tuber quality and shelf-life.  Low calcium = more diseases / more pesticide use / lower yield and quality and a short storage capacity.

A complete soil analysis at CropNuts will give the potato farmer scientifically based lime, dolomitic lime, organic matter and phosphate recommendations to increase the soil fertility using soil amendments to bring the pH and nutrients levels into line for better soil structure, higher yields, better quality and disease resistance, longer storing tubers and better soil health for long term sustainable agriculture.  This can often be cost neutral in that the money spent on soil amendments is offset by chemical and fertilizer costs and higher yields resulting in a higher net profit to the farmer, not to mention better environmental husbandry and a higher nutrient content in the tubers. Learn more on soil testing via the link below:

Sometime in the last decade the potato cyst nematode (PCN) was introduced into the potato farming areas in Kenya – this was first picked up in 2015 in Nyandarua.  Because this nematode was not known in Kenya, no standard monitoring system was in place prior to this. In a report submitted by Dr. Solveig Haukeland, ICIPE, to the FAO in March 2018, PCN infection is widespread in our potato farming areas.

1236 samples were taken from fields in 20 potato farming areas and tested for PCN, an average of 82% of the soils tested positive for the PCN Globodera rostochiensis and most worryingly one sample was infected with Globodera pallida.  Regional infection rates varied from the lowest, 53% in Bomet, to 100% in Trans Nzoia, Taita Taveta and West Pokot.  PCN has the potential to massively reduce yields by as much as 80%, so it cannot be a coincidence that yields have been dropping!

What can you do to reduce the impact of PCN?

In parallel to the increasing levels of PCN in soils due to poor crop rotation and farm saved seed, is an upsurge of infectious diseases.  Some, like late and early blight can be treated with fungicides.  Others like Ralstonia (bacterial wilt) can kill plants.  It is not treatable and can greatly reduce crop yields.  Ralstonia can be present and express no visible symptoms in crops growing in colder wetter growing regions.  Wilting followed by plant death can quickly come in in hotter weather and water stressed plants.

It is important to know if your soil / water or plant material is infected and to what extent before planting.  Like PCN, Ralstonia is very persistent and the only defense that farmers have is

Kenya has the potential to move from being a net importer to a net exporter of potatoes by due diligence, testing and monitoring, identifying the correct inputs and access to finance / certified seed and the correct farm inputs.

At CropNuts we are proudly Kenyan & supportive of Kenyan Farmers.  We have developed a special discounted package for small holder potato farmers to analyze their soil fertility, nematode and disease levels, and get scientifically based advice.  In some areas we have seen a 2-3X increase in yield on fertility adjustment alone! Please contact us on [email protected] and ask for more details.

Another stumbling block to potato yields is access to the correct farm inputs and certified seed.  Cropnuts has developed an online farm inputs directory to link farmers to suppliers to source the correct inputs and shop around for better prices.  Please search shambaza.com for your seed potatoes and other inputs. 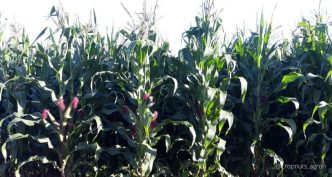 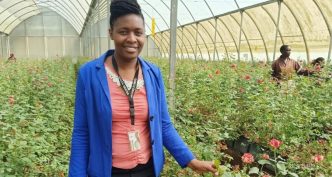 Plant disease & pest management using chemical pesticides raises serious concerns about food safety, environmental quality and pesticide resistance. These concerns have dictated the need for alternative plant disease & pest Management techniques. In particular, plant nutrients could affect the disease tolerance or resistance of plants to pests and diseases. This is evident in the […] 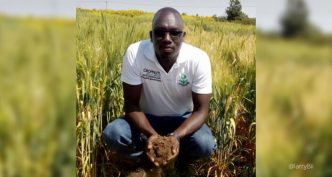 Agriculture in Kenya is on it’s way up but not without serious productivity challenges and limitations. What can we do to overcome these challneges and become a food secure nation? Ruth Vaughan investigates.. The modern world takes food for granted. Historically the struggle to find or produce enough food to eat was the focus for […]